Minh Nguyen is a legendary hypnotherapist based in the eastern suburbs who approached Tondo Digital for our lead generation services. The brief was to generate qualified leads for his hypnotherapy services at a minimal cost per lead and in an engaging way.

Scroll to the bottom of this post to see the results from the first 30-days.

The first step was to sit down with Minh and explore his business and processes in their entirety. Audience profile. Competitive advantage. The story of the brand. We covered it all! The goal was to identify the personal promise (PP) and unique mechanism (UM) of his services (both important for Tondo’s unique marketing formula) so that we could create a campaign that would generate Minh leads.

It was in this session that we identified those two key elements:

THE TARGET AUDIENCE WAS SMOKERS
Smokers were a great audience to target – the promise was: we can help you quit in 3x 2-hour sessions.

THE UNIQUE MECHANISM WAS MINH’S APPROACH TO HYPNOTHERAPY
Minh took special care at the start of all of his sessions to ensure his patients got the most out of hypnotherapy – this was identified as his UM.

Josh from Tondo had already tested Minh’s services prior to this session, so he knew first-hand how much care he took at the beginning of the process. It was clear that this was something we could definitely package up and market to his potential clients. Better yet, it wasn’t something that his competitors were talking about in their marketing.

We gave his Unique Mechanism a name…

The name Yellow Brick Road Method was given to his unique mechanism because of its roots in pop culture and universal appeal. The parallel being that his UM guided his patients toward their ultimate goal of quitting smoking, just as the Yellow Brick Road guided Dorothy in the Wizard of Oz.

The name itself was seen as being strong considering it was a concept introduced to most of us as a child. This made it universally appealing and emotionally compelling when teamed up with the personal promise.

To be safe, we identified a secondary UM and PP to test an alternative market, but in the back of our minds, we knew The Yellow Brick Road Method was strong. It was decided we would test 4 campaigns to get started:

The goal was having people opt-in for a phone call with Minh. The method that we landed on was Facebook lead ads. The reason we went with Lead Ads was that they make it easy for Facebook users to opt-in with minimal intrusion to their experience. Users never have to leave Facebook and their information would be captured in the blink of an eye.

So, the system was simple:

For this method to work, we needed to create a lot of intrigue with the ad copy. Tondo’s formula for creating an engaging and effective marketing message helped with this and the call to action “Find out how The Yellow Brick Road Method can help you” was utilised to encourage users to opt-in.

Just a well-written ad with a UM that was intriguing enough and a promise persuasive enough to get people to opt-in.

We decided to capture two key fields – first name and phone number. We felt a user handing over their phone number signified someone with high-intent. Handing over your phone number is basically saying “give me a call about your services”, so they had a high intent for purchase or at least were interested in the services more than someone just browsing.

See below the style of ad we went with. The second image of the girl on the couch was introduced about mid-way through the month.

Campaigns were set up that focused on both the Yellow Brick Road UM and Dream Therapy UM, with 2 ad sets in each – One for the smoking audience and one for the relationship audience.

Leads started piling in from day #1, validating the lead ad strategy and copy for the ads. Over the first few days, cost per lead was sitting around $7-$8, but that was heavily skewed by some underperforming ad sets. It became clear that the Yellow Brick Road ad sets were performing much better than the Dream Therapy ad sets, so the Dream Therapy ads were turned off.

After about a week, with lead costs sitting around $6, the decision was made to turn off the relationship ads also, leaving only the Yellow Brick Road/Smoking combination.

It was by far the most successful Unique Mechanism/Audience combo.

Now that we were clearer in the direction we needed to take, it was time to optimise.

Up until this point, we were only targeting based on the interest “quit smoking”, which related to people who had liked pages about quitting smoking. But now we had clarity on the best performing UM/Audience, so we started to play with other interests.

We were sure to only use one interest per ad set to allow us to identify the key performing interests in the future.

An AFL interest ad set and Tradie interest ad set were both published, and both performed very well with leads coming in for around $3 on the Tradie ad set after the first few days and $5-$6 for the AFL ad set.

Some new images were also added at this point to test that variable. Copy was king as that made very little difference.

At this point there were three ad sets running:

The AFL interest was performing well, so at about the 15-day mark we doubled the daily budget. We also noticed the Quit Smoking interest had a massive audience size – almost 4 million people – so we created a second ad set with slightly different demographics to ensure we captured a different segment of the same audience.

After making those changes on a Friday, we had more lead submissions over the next Saturday/Sunday than we had for the entire week prior.

At about the three-week mark, we started noticing something that we never expected – users were commenting on the posts. We were seeing the odd comment come in up until then, but the critical mass was reached and they started flowing in.

By the end of the month, there had been over 40 comments and almost as many likes and reactions – 80% of that all coming in the last week of the month.

The more people that commented, the more the comments came.

Unfortunately, Facebook doesn’t allow advertisers to run the same lead ad post over several ad sets like they do for regular posts, otherwise, we would have accumulated a HEALTHY amount of social proof on that post. Still, 20 on each clearly helped gain momentum in the final week with 20 of the 70 total monthly leads coming in the final week alone.

At the start of the month, Minh told us a 3-session package would cost his patients around the $550 mark, so that’s a total potential revenue of $38,500 achieved for the month AND THAT’S NOT EVEN INCLUDING THE LEADS GENERATED IN THE COMMENTS.

Where else can you get a 78x potential ROI?!

final results for the first 30-days

Get in touch to learn more about Tondo’s formula. 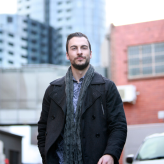 Joshua is the founder of Tondo Digital. He is passionate about using the internet to diversify and grow your business. His background is in Media Sales, Advertising Development & Website Design.

Tondo Digital provides quality business services in the form of premium websites & online consulting. Get in touch with us today!